Libraries, Prisoners of War, and the Mail 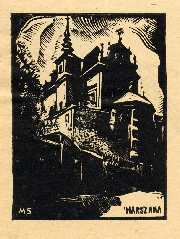 Image on the reverse of the cover above.

The postal items from Oflag IIC, Wodenberg below are reproduced with the permission of Roman A. Sobus.  His exhibit entitled "Internal Camp Post between 1942-1945 at Offizierlager IIC - Woldenberg" was shown at the 2007 CHICAGOPEX stamp show in Chicago and received a Gold Medal. To view Roman's exhibit online click here. 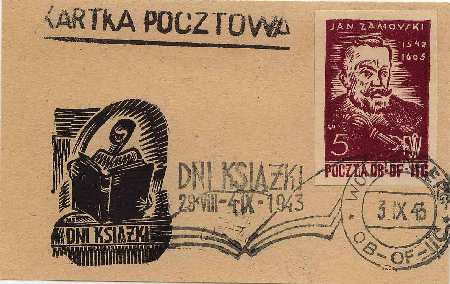 A variation of the postmark to celebrate the 400th anniversary of the printed book in Poland. 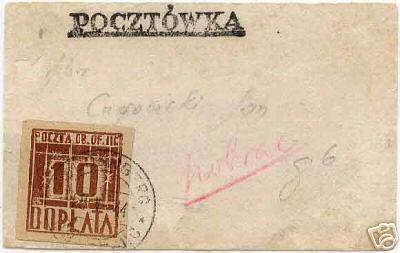 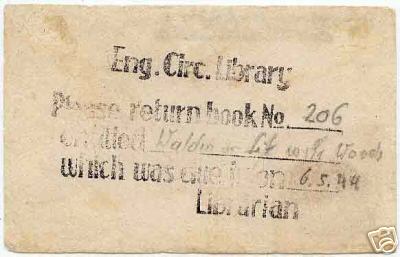 Reverse of card above. 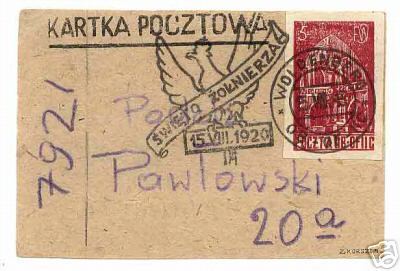 Poland, Internal Camp post card from Oflag IIC, Woldenberg, Post card sent from one of the camp's libraries, franked with a stamp from the Copernicus issues, and Soldiers Day cancel.

Click here to see the Wikepedia entry on Oflag IIC.