The R. A. Brock Covers

Robert Alonzo Brock (1839-1914) served at the Corresponding Secretary and Librarian of the Virginia Historical Society from 1875 until 1892.  He also served as the Secretary for the Southern Historical Society.  While at the Virginia Historical Society he developed an extensive publications program.  So extensive in fact, it brought the society to the brink of bankruptcy.  This situation caused his eventual removal from the post of Corresponding Secretary and Librarian by the society’s board.  The publications program of the society also generated a significant amount of correspondence.  Envelopes sent to or from libraries before 1900 are extremely scarce.  So it is unusual that from various sources I have been able to acquire more than twenty covers that have been sent to R. A. Brock, the Virginia Historical Society, and the Southern Historical Society, all during the period when Brock was associated with the two historical societies. There are probably more of these covers.  The question arises as to who and why were the covers retained.  There is a good possibility that Brock, himself, may have saved the covers.  Brock was a collector of rare books and the “Brock Collection” is located at the Huntington Library in California.  More on R. A. Brock can be found in the July/August/September 2003 issue of Virginia Libraries. 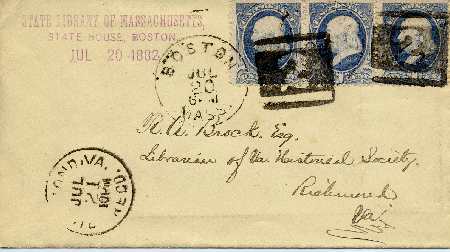 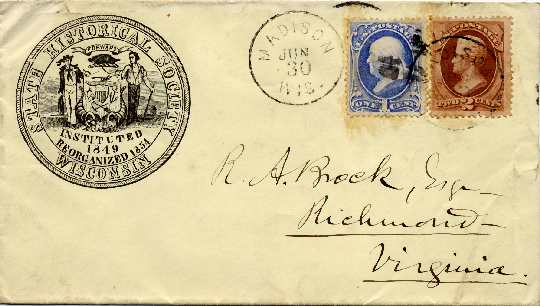 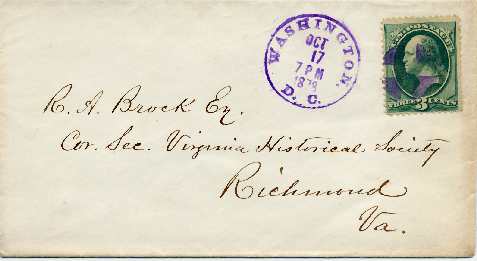