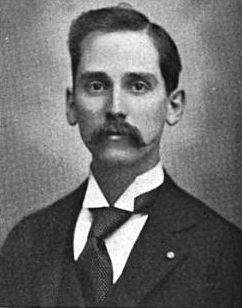 Honors and accomplishments in the philatelic community

Amassed a huge collection of revenue stamps and wrote An Historical Reference List of the Revenue Stamps of the United States Including the Private Die Proprietary Stamps (1899) (With co-authors George L. Toppan and Alexander Holland.) The book was reprinted in 1979 under with the title The Boston Revenue Book.

Served as President of the American Philatelic Society in 1904-1905.

Created one of the largest personal philatelic libraries in the world.

Signed the Roll of Distinguished Philatelists 1933.

Inducted into the American Philatelic Society Hall of Fame in 1963

Honors and accomplishments in the library community

Donated the lot for the Flemington Free Public Library's building.

Served as President of the New Jersey Library Association in 1909-1910.

A founder of the National Numismatic Society.

Received an Honorary Degree from Rutgers University in 1952.

Artifacts from my collection related to Deats 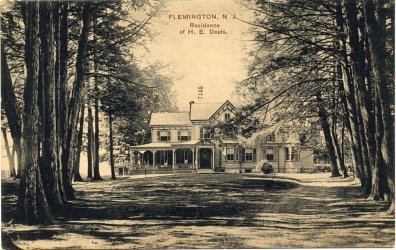 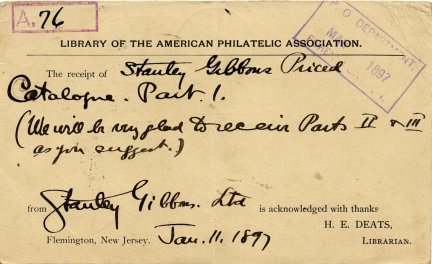 Postal card mailed to England on Jan. 11, 1897 by Deats while serving as Librarian of the American Philatelic Association. 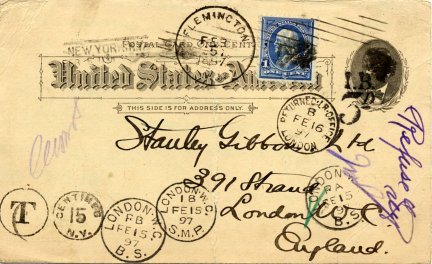 Front of postal card above. 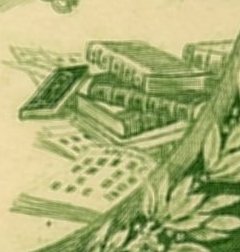 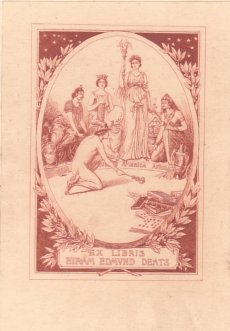 Reddish version of bookplate above. Courtesy of Vincent Schouberechts. 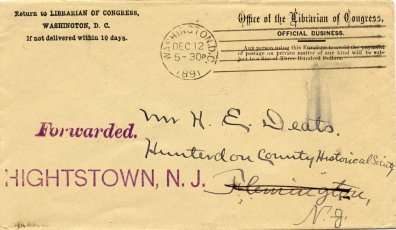 Penalty cover mailed by the Library of Congress to Deats on December 12, 1891 at the Hunterdon County History Society in Flemington, NJ and forwarded to Hightstown, NJ. 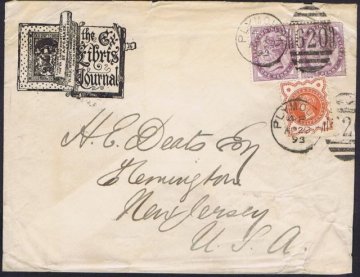 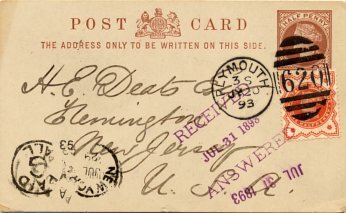 A postal card mailed from Plymouth, England to Deats at his home in Flemington, NJ on July 20, 1893. The postal card was mailed by W. H. K. Wright, Secretary of the Ex Libris Society in London, England (which became defunct in 1908) and Editor of the Journal of the Ex Libris Society. Wright covers two topics in his message on the postal card to Deats. The first topic relates to the book Ex Libris Imaginaire which he has purchased for Deats from its author L. Joly of Paris, France. The second topic concerns a lot of 1800 bookplate examples which Wright has sent to Deats in "three packets securely fastened and sealed".  Wright refers to this lot of bookplates as the "last lot" which infers that previous lots have been sent. 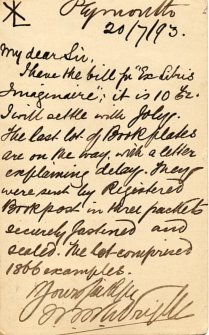 Message side of postal card above.

A March 20, 1900 thank you note from the Carnegie Library of Pittsburgh (CLP) sent to Deats. The gift to CLP from Deats was in behalf of the American Philatelic Association. The CLP housed the library of the Association at that time. More about this artifact can be found HERE. 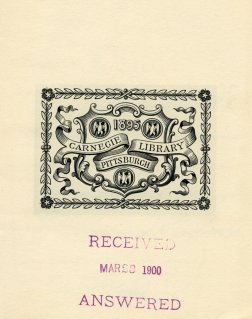 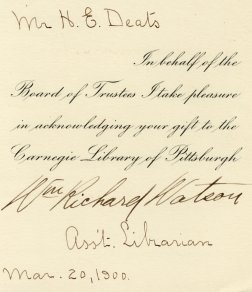 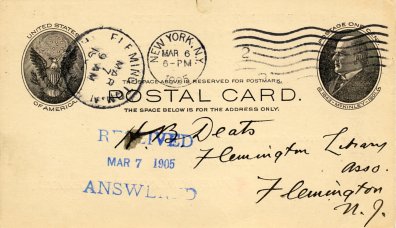 Postal card mailed to Deats on March 6, 1905 at the Flemington Library Association. Deats was the first President of the Association. The postal card was from The Publishers' Weekly which published the magazine Library Journal (see below). 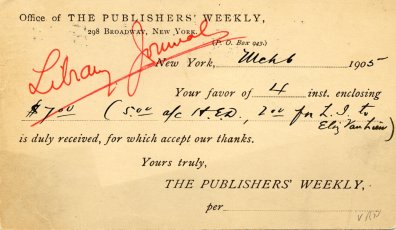 Back of postal card above. The postal card from The Publishers' Weekly is for subscriptions to the Library Journal for Deats and the Librarian of the Flemington Library Association Elizabeth Van Liew.